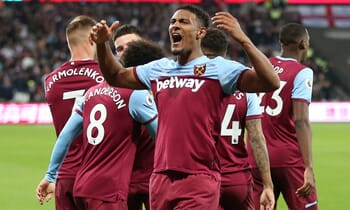 West Ham United have enjoyed consecutive wins over Bournemouth and Gillingham recently, with the Hammers then going to Bramall Lane and coming close to leaving with a point.

David Moyes has clearly set about making the team harder to beat and the number of goals conceded has dropped significantly, although the big issue for the London side is that Lukasz Fabianski is injured again and Darren Randolph has been quickly signed as a replacement.

It would clearly represent a good outcome if West Ham managed to land a point in this clash and we think that they could come close considering that Leicester City are struggling defensively now that Wilfred Ndidi is missing in the middle of the park.

There was a recent 2-1 reverse at home to Southampton and that was preceded by a 1-1 draw against Aston Villa. Leicester were also soundly beaten at home to Liverpool recently and we think that West Ham can keep them within arm’s reach.

Declan Rice and Mark Noble should ensure that the visitors have plenty of steel about themselves, while Fabian Balbuena and Angelo Ogbonna look capable of keeping Jamie Vardy at bay.

We can have a punt on West Ham with a +1.5 goal start which means they could afford to lose by a solitary goal and our bet would still win. Thanks to the haplessness of Aston Villa and Bournemouth, it’s eminently possible that the Hammers can grind themselves to survival.

As for Leicester, they have failed to win on four occasions this season at the King Power and it appears that they have lost some of that early season sparkle which had some expecting them to be involved in a title challenge.

When is Leicester vs West Ham being played?

Leicester vs West Ham will be played at 19:30 GMT on Wednesday 22 January 2020 at King Power Stadium.

What is the Leicester vs West Ham H2H record?