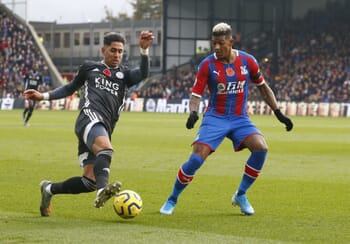 Brendan Rodgers must be wondering “what if” considering that Leicester City mauled Aston Villa 4-0 shortly before the 2019/20 Premier League season was temporarily halted in March.

Everything was going swimmingly for the Foxes by that point and it seemed implausible that the Midlands side would drop out of the top four, although they have made a slow restart to the season and collected just two points from four matches.

Despite the team previously having a reputation for being free-scoring and putting nine past Southampton earlier this term, Leicester have found the net just twice this summer, scoring late at Watford and then a consolation at Everton on Wednesday.

Therefore, there’s a temptation to take them on when they entertain Crystal Palace on Saturday. Rodgers is likely to make changes to the team that started at Goodison Park, with Kelechi Iheanacho potentially given the opportunity to start, while James Maddison and Ayoze Perez could also feature from the beginning.

Crystal Palace are very capable of getting a result at the King Power Stadium and eleven of their sixteen matches on the road have ended in a victory or a draw. They will have noticed the way in which Brighton nearly grabbed all three points against the same opponents and Roy Hodgson is sure to have the tactics spot on.

It also appears that Wilfried Zaha could be back for the game which strengthens our betting prediction to back the Eagles on the Asian Handicap betting market, while that defensive axis of Scott Dann and Gary Cahill can hold firm against the home team’s attack.

Backing Palace +1 means that we will win our bet if the visitors draw or win the clash, while a defeat by one goal will see the stake returned to our account. The only way we will lose is if Leicester win by two goals or more.

When is Leicester vs Crystal Palace being played?

Leicester vs Crystal Palace will be played at 15:00 GMT on Saturday 4 July 2020 at King Power Stadium.

What is the Leicester vs Crystal Palace H2H record?