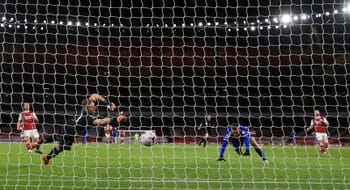 This might be the match where Leicester City seal their place in next season’s Champions League after narrowly missing out on that honour last term. The Foxes are strong betting favourites to secure a maximum haul against Newcastle on Friday night and it’s hardly a surprise considering their recent form.

Brendan Rodgers’ side have been one of the standout performers in the Premier League throughout the campaign and the Northern Irishman has recently been linked with the vacant position at Tottenham, although he remains focused on steering the Midlands club to a top four finish instead.

Leicester City did suffer a wobble after the international break when losing to Manchester City and West Ham United, although they then reached the FA Cup final before claiming Premier League victories over an improved West Brom and Crystal Palace.

Our prediction is that Rodgers’ side will beat Newcastle, with the Foxes averaging two goals per game in their last four clashes and that’s partly down to Kelechi Iheanacho being in excellent form, with the Nigerian having scored an incredible twelve goals in his past nine encounters.

While we’re betting on a Leicester win, we like the look of Newcastle to score in this game, with the shackles recently coming off Steve Bruce’s team who have racked up nearly enough points to remain in the Premier League this season.

At the time of writing, the Magpies are nine points clear with just five matches remaining and our main betting tip is that they find the net at least once at the King Power Stadium despite being on the receiving end of a defeat.