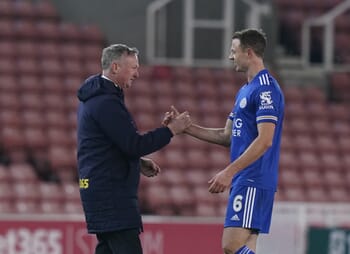 West Bromwich Albion might be heading out of the Premier League although the Baggies have finally awoken from a season-long slump to score an inexplicably large number of goals in their past two matches.

Nobody could have forecasted that Sam Allardyce’s side would score five goals at Stamford Bridge and a 3-0 win over Southampton gives the Midlands outfit a very faint hope of survival, with our prediction being that they’ll look to strongly attack a Leicester side chasing a top four spot.

Leicester booked their place in the FA Cup final on Sunday and Brendan Rodgers’ side must now refocus their efforts on securing a Champions League spot, with the Foxes having provided a strong display at Wembley Stadium and we might see James Maddison start this clash.

Maddison was on the bench for the clash against the Saints and might go well fresh against the Baggies, with Kelechi Iheanacho proving to be the match winner at the weekend and he is dovetailing nicely with Jamie Vardy.

Only victories will suffice for West Brom if they’re to remain in the Premier League and it appears that Allardyce has instructed his team to take off the handbrake even if it’s a tall order to see them staying afloat.

Matheus Pereira has been a shining light for the Albion in recent matches and the BTTS Yes betting tip has to be the way forward, with Leicester and West Brom both needing victories for different reasons and it could therefore be a high-scoring clash at the King Power Stadium.

While Leicester are big betting favourites to win, we think there’s more value to be found betting on the both teams to score market.