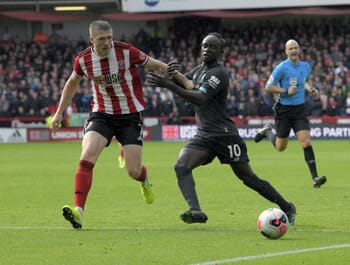 Liverpool were shipping a few goals at the beginning of the season, although the defence is now racking up clean sheets like they’re going out of business and we can expect more of the same on Monday night.

We’re surprised that the bookies are offering anything close to even money about the Reds landing a victory against West Ham without conceding, with the Merseyside team hell bent on landing the title at the earliest possible juncture and they have a 100% record at Anfield this season.

While Liverpool recently suffered a Champions League setback away to Atletico Madrid, they might not have to come out of second gear in order to beat a Hammers side who are truly in a relegation scrap which looked unlikely after a bright opening to the season.

However, the London side have been struggling to accrue points in recent months and their recent 2-0 defeat at the Etihad Stadium had David Moyes praising the fact that the visitors were able to keep the scoreline down and pointed to goal different potentially being crucial.

If that’s the mindset on Monday night, then we’re unlikely to see much ambition from a team who have managed just ten goals in thirteen away games this season.

It has been six Premier League matches since West Ham last managed a victory, with that being an emphatic 4-0 victory over Bournemouth although life has been tougher going since then.

The team will essentially want to get this fixture out of the way without much collateral damage and instead focus on the eleven “cup finals” that lie in their wake between now and the remainder of the season.

As for the champions-elect, Wolves are the only team to have breached the defence since that crazy 5-2 Merseyside derby victory at the beginning of December. Why try to mend a bike that isn’t broken?

When is Liverpool vs West Ham being played?

What is the Liverpool vs West Ham H2H record?