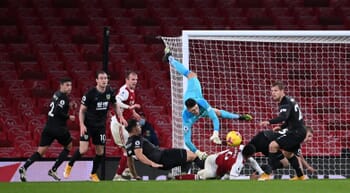 Liverpool need to quickly get back on the winning track if they are to retain their Premier League crown this season, with the Reds dropping more points over Christmas than Santa does presents down a chimney.

Jurgen Klopp’s side can still be viable title challengers although our prediction is that they’ll find life difficult in this clash at Anfield against a Burnley side who have steadied the ship in recent weeks and managed to engineer a 1-1 draw in this fixture last season.

The Merseyside team have been typically strong at Anfield this season despite the absence of a crowd for the majority of their games, with Liverpool having secured seven wins from eight home matches at the time of writing.

While Diogo Jota continues to be on the sidelines, there is plenty to like about the famed front three in the Liverpool attack, while we can expect full-backs Trent Alexander-Arnold and Andy Robertson to play a prominent role considering that the Clarets will be well-organised with their two banks of four players.

Back Burnley to Push Liverpool Closer Than Odds Suggest

Burnley are certainly proving no pushover at the moment as Manchester United recently found when achieving a slender win over these opponents at Turf Moor, with Sean Dyche now having Ben Mee and James Tarkowski reunited in central defence.

Ashley Barnes and Chris Wood can make life relatively difficult for an untested central defensive partnership and we think that the best tip could be Burnley with a +2 goal start on the Asian Handicap betting market.

This means that you will get money back if Liverpool win by a two-goal margin and you will profit if Burnley limit their opponents to a one-goal victory, with the bet only being lost if the Clarets lose by three goals or more.

When is Liverpool vs Burnley being played?

What is the Liverpool vs Burnley H2H record?