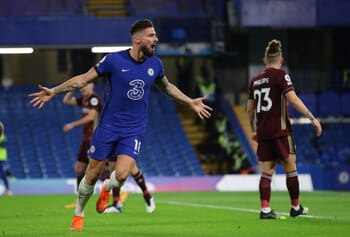 We don’t want to kick a team when they’re down although Liverpool FC have been dropping Premier League points at an alarming rate in recent weeks and they don’t look like convincing betting favourites when lining up for this clash against an improved Chelsea team.

Jurgen Klopp is really struggling to galvanise his team domestically and there continue to be major issues in the central defensive area, with captain Jordan Henderson acting as a makeshift player in this department although he has now been sidelined.

Amazingly, Liverpool are now five points off the top four places and Anfield has quickly gone from a fortress to an unhappy hunting ground for the Merseyside team, with Everton, Manchester City, Brighton and Burnley having landed wins in the past four consecutive home games.

While there are defensive shortcomings, there are also issues finding the net on home soil despite having achieved wins at West Ham and Tottenham in addition to a Champions League triumph on neutral ground against Leipzig.

Ozan Kabak and Nat Phillips are likely to be the preferred pairing at the back, while Thiago is struggling to make the right sort of impact in the midfield engine room for the current champions.

Why Chelsea Are a Good Bet on the Asian Handicap

This is a football match where we don’t see Chelsea losing, especially as Thomas Tuchel is yet to experience defeat and his Blues team recently landed a 1-0 win away to Atletico Madrid in the Champions League where Olivier Giroud was able to strike the winner.

Tuchel is persisting with a 3-5-2 formation which is likely to see Mateo Kovavic and Jorginho operating in central midfield, while Mason Mount has worked his way back into the team and Callum Hudson-Odoi is also making a positive impact for a team also chasing a top-four berth.

Therefore, our prediction is Chelsea avoiding defeat and our tip has to be the Blues on the Asian Handicap 0 market. Draw no bet.

When is Liverpool vs Chelsea being played?

What is the Liverpool vs Chelsea H2H record?