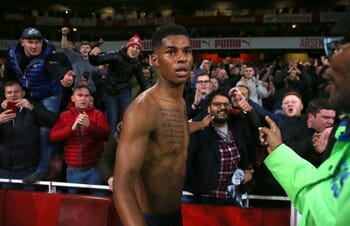 It’s clear that Manchester United are roughly the fifth-best team in the Premier League right now as that is where the Red Devils are stationed in the table. They’re unlikely to qualify for the Champions League, although the north-west side can steamroller teams like Burnley at Old Trafford.

United recently put Norwich to the sword by a 4-0 scoreline and they also thrashed Newcastle United 4-1, so they will anticipate this clash against Burnley with relish, especially after coming off the back of a lively defeat at Anfield.

Ole Gunnar Solskjaer looks unlikely to take the team forward in the long-term, although he has some big guns to help him win these type of games and that includes Marcus Rashford and Anthony Martial, while Mason Greenwood might even get a rare start in this clash.

Burnley are rooted near the foot of the Premier League table and could easily be scrapping for their top-flight survival, with the Clarets’ away form looking distinctly ropey and there have already been six defeats suffered on the road.

Sean Dyche’s squad are short of quality and seven of the previous nine top-flight encounters have ended in defeat, with the visitors having managed to score just once in their previous four encounters.

Therefore, we can place a confident wager on the Red Devils with a -1 Asian Handicap and have our money back if they sneak a victory by a single goal but  make a decent profit if the scoreline is more emphatic.

It looks unlikely that Burnley will be focusing on this fixture as an opportunity to get any points, with a home game against Arsenal on 2 February a better match for them to yield some points.

When is Manchester United vs Burnley being played?

Manchester United vs Burnley will be played at 20:15 GMT on Wednesday 22 January 2020 at Old Trafford.

What is the Manchester United vs Burnley H2H record?