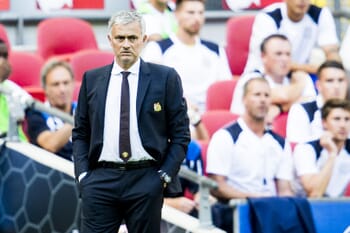 There haven’t been too many occasions this season where we’ve thought Manchester United look a value price for a Premier League match, although it’s hard to resist them on the Asian Handicap market for their clash against Tottenham.

All eyes will be on Jose Mourinho for this clash at Old Trafford, with the Portuguese returning to the north-west club for the first time since being sacked last December and he’d like nothing better than to celebrate a win at this ground like he did when he was manager of Porto all those years ago.

However, Tottenham’s victory at West Ham was their first win on the road all season and it’s worth bearing in mind that the Red Devils have been pretty strong at home this campaign, with Liverpool nearly beaten before a late equaliser from the Reds.

Ole Gunnar Solskjaer’s side won’t be short of motivation for what is clearly a huge match and it represents their own opportunity to make ground on the leading four teams in the division, with Marcus Rashford and Anthony Martial looking to cause problems among the Spurs rearguard.

Tottenham have conceded fourteen goals on the road in seven away games and Mourinho isn’t going to solve the defensive issues overnight. It is surprising that he’s persisting with the erratic Serge Aurier and a lot has been made about Dele Alli’s transformation after just one match played.

We think that United can be backed off scratch meaning there is money back if this one ends all square. We would have to make them favourites considering that they’ve enjoyed comfortable recent wins over Brighton and Partizan Belgrade at home.

Indeed, five of their last seven matches have seen the home side come out on top at the time of writing and it might take a little while for Mourinho to have a full impact at White Hart Lane.