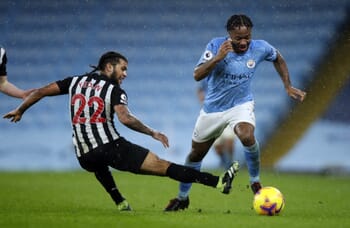 Manchester City might have a midweek Champions League engagement with Borussia Dortmund before clashing with Leeds, although it’s unlikely to prevent Pep Guardiola’s side from continuing the winning habit and there was everything to like about the team’s 2-0 win over Leicester which followed on from the international break.

You might not get rich backing the Citizens to win this game at short betting odds although there are other ways to get with the Premier League champions-elect and the best way might be to back the north-west side to triumph without conceding in this clash.

Guardiola has the enviable luxury of being able to rotate quality players, with Ruben Dias, Aymeric Laporte and John Stones being rotated in the central defence positions, while Sergio Aguero and Gabriel Jesus are attacking options which can be used in tandem or sparingly.

Kevin de Bruyne is usually the first name on the teamsheet and our prediction is that the Belgian will pull the strings against a Leeds side who aren’t renowned for keeping things tight at the back.

Leeds Could Struggle to Repeat Draw Against Man City

Earlier in the season, Leeds played their part in a highly entertaining clash with City which ended 1-1 at Elland Road, with Marcelo Bielsa’s side intent on lowering the colours of many leading sides, although this is a different proposition.

Leeds have been one of the most entertaining sides in the top flight this season although our betting tip is that Manchester City will win this game without conceding, something that has been a commonplace occurrence in recent weeks.

While the visitors will look to exploit their opponents on the counter-attack, they might run into brick walls against a team likely to dominate possession.