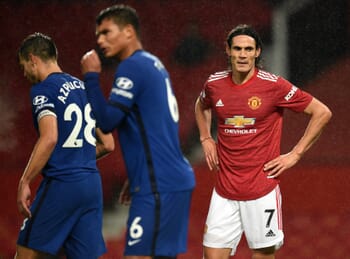 Ole Gunnar Solskjaer has bemoaned the fact that Manchester United have a ridiculous fixture schedule and this fixture is effectively being shoehorned in thanks to the original game against Liverpool being postponed after supporters broke into Old Trafford to protest against the Glazer ownership.

It means that this is the Red Devils’ fourth match within the space of a week and Solskjaer is faced with no alternative but to rotate his squad for a clash against their north-west rivals, with this game usually being seen as one of the biggest fixtures during the Premier League season.

Incredibly, the Red Devils are trading at 3.20 to win this game despite the fact that they are sitting second in the Premier League table and the team selected are sure to serve it up against opponents who are struggling to make it into the top four this term.

Edinson Cavani has been in excellent scoring form and the Uruguayan’s brace away to Roma meant that the former Paris Saint-Germain forward has seven goals in his previous six games at the time of writing, with Paul Pogba likely to come back into the team for this one.

Jurgen Klopp knows that his team are more likely to miss out on a top four spot than qualify for the Champions League, with too many key players sustaining injury at the wrong moments although Liverpool are betting favourites to get three points in this clash.

Our prediction is that the Reds will find the net in this clash although our main betting tip is that both teams will find the net during the match and we might see a much more open game than normal, with this reverse fixture having ended in a goalless draw at Anfield.