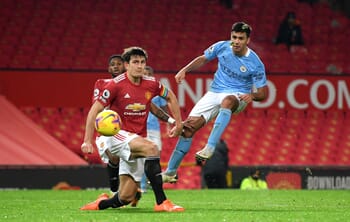 Newcastle United were looking like Premier League relegation candidates a few weeks ago, although Steve Bruce’s side have found a new lease of life, especially in front of goal where they’re incredibly scoring goals for fun.

The Tyneside outfit were full value for their recent 4-2 victory away to Leicester City, with Callum Wilson, Joe Willock and Allan Saint-Maximin running riot although our betting tip is that they might fall short against a Manchester City team looking to claim the title.

Pep Guardiola was raging after his team were not awarded a penalty against Chelsea last weekend with the scoreline 1-1 at the time, with Sergio Aguero having previously missed a spot kick for the English champions-elect.

However, Manchester City are still on course for their third championship title in four seasons, with our prediction being that they’ll do a professional job against opponents who looked down and out only a few weeks ago before turning a corner.

Some big game players will surely return to the first team including Ilkay Gundogan, Kevin de Bruyne and the in-form Riyad Mahrez, with plenty of chances likely to be carved out in the north-east.

Newcastle United are in danger of securing their Premier League status with plenty of games to spare, with the Magpies having landed ten points in their previous five games and they have really taken the handbrake off since a 2-2 draw against Tottenham.

There followed a 2-1 win over Burnley and a 3-2 triumph over West Ham United, while Callum Wilson was at the double at the King Power Stadium although he might find it tougher to go up against Ruben Dias and Co who are intent on running a tight ship.