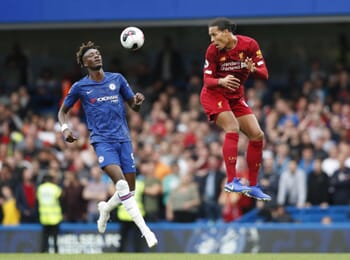 Liverpool’s amazing 2019/20 season began with a 4-1 win over Norwich City in August, with the Reds putting a few goals past the Canaries at Anfield despite a spirited performance from the visitors.

Jurgen Klopp’s side now head to Carrow Road bidding to edge closer to a first league title in thirty years and it’s hardly a surprise that Liverpool are trading at such a short price to continue their winning habit against a team who are big odds-on to be relegated.

The Liverpool team will be well rested since their 4-0 win over Southampton which summed up the way that the players could be brutally clinical against decent opposition, with Sadio Mane potentially returning to the Starting XI after the Senegalese forward missed out in the last game.

Mohamed Salah has reached top gear from a form point-of-view and the same can be said of Virgil van Dijk, Jordan Henderson and Roberto Firmino. There have been eleven victories in twelve away games and just six goals conceded along the way.

Norwich are seven points adrift of safety with thirteen games remaining and Daniel Farke has his work cut out to now keep the Canaries out of the bottom three come the final reckoning.

City have lost 50% of their home encounters and they might continue with their attack-minded approach which saw them beat Bournemouth in their last home match, although that was preceded by a 4-0 hammering at Old Trafford.

For those punters wanting to get with Liverpool, you can back the Reds with a -1.5 handicap and that means they would need to triumph by two goals or more, something that has happened on numerous occasions this term.

When is Norwich vs Liverpool being played?

What is the Norwich vs Liverpool H2H record?