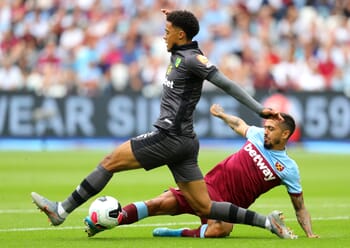 Norwich are teetering on the brink and manager Daniel Farke is already waving the white flag considering that defeat in Saturday’s game will see the Canaries return to the Championship.

It’s hard to be confident about Norwich’s chances considering it’s been a string of defeats for the east Anglian team since the lockdown. The East Anglian team did push a weakened Manchester United team all the way in the FA Cup but that’s as good as it’s gotten for a City side who are well adrift.

We might see them put on a strong attacking display against a team who are certainly not to be trusted from a punting point-of-view, although West Ham seem to be in decent shape after recovering from consecutive defeats against Wolves and Tottenham, with David Moyes’ side recently collecting four points from games against Chelsea and Newcastle.

Michail Antonio has always done an honest job for the Hammers and the Englishman has played a central role in helping them to their recent points haul, while Declan Rice continues to cement his place in the England squad through some energetic midfield performances.

While West Ham look the likelier winners in this clash, we think the best bet could be backing both teams to find the net during the ninety minutes. Our prediction is that we’ll see a wide open game as there seems little point Norwich putting too much emphasis on defending.

Norwich will consider it’s worth going out with a bang, while West Ham will consider that a point will continue to aid their quest when it comes to remaining in the top flight, although it’s always dangerous when you’re facing a team who can play in a carefree fashion.

When is Norwich vs West Ham being played?

What is the Norwich vs West Ham H2H record?