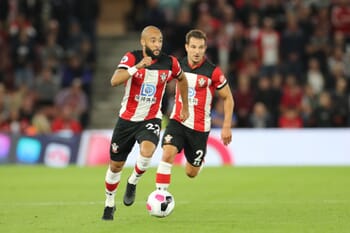 You could argue that Arsenal have been somewhat unfortunate since Project Restart, with the Gunners having been soundly beaten at Manchester City before suffering the same fate at the AMEX Stadium despite taking the lead against Brighton.

Mikel Arteta’s side were holding their own at the Etihad Stadium before two David Luiz mistakes ensured that City romped home by a distance, while an injury to Bernd Leno probably had a bearing on the outcome of last Saturday’s match against the Seagulls.

However, our prediction is that Arsenal might now play with a lack of confidence when they come up against Southampton and it’s yet another away game for the team from north London as they look to get some points on the board.

The bookies can’t decide who should be favourite with their odds although the evidence points to a Southampton win considering that Ralph Hasenhuttl’s side buried Norwich City on Friday night, with the Saints outclassing a Canaries side who look doomed.

Danny Ings picked up where he left off and could feasibly land the Premier League Golden Boot, with many punters betting on the England forward to have some joy against a rearguard that is now missing Leno, Sokratis, Mari and Luiz among others.

Southampton have been an unpredictable team from a betting point-of-view this season, although this match allows them to recuperate after a first outing that didn’t exactly see them exert themselves for ninety minutes, with Nathan Redmond and Stuart Armstrong also getting on the scoresheet.

We think that the Saints are a great bet on the Asian Handicap off scratch, with money back if they draw against an Arsenal side who have won just two of their fifteen games away from home this season. It really seems like a no-brainer to place this bet at attractive odds and our prediction is that you’ll get money back as a worst case scenario.

When is Southampton vs Arsenal being played?

What is the Southampton vs Arsenal H2H record?