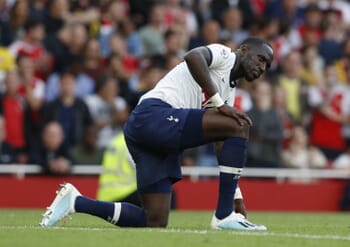 Not every Tottenham Hotspur supporter was pleased to see Mauricio Pochettino replaced by Jose Mourinho, although football is a fickle business and the fans are now enjoying the fact that Spurs are firmly in the hunt for a top four spot.

Indeed, if the north London side beat Chelsea on Sunday afternoon, then they will go into the Champions League places at the expense of their opponents who have hit a slump as the festive season approaches.

We shouldn’t forget that the team were heavily reliant on Eden Hazard last season and that Lampard has been trying to field young players such as Reece James, Mason Mount and Tammy Abraham – all of whom were playing Championship football last term.

Lampard will come face-to-face with former manager Mourinho, with the media sure to be billing this as Master v Apprentice and we think Tottenham are playing this London derby at a good time.

Spurs come into the game after an excellent 2-1 win at Molineux and they’ll face a Chelsea team who were beaten 3-1 at Goodison Park in their last away game and look capable of conceding goals on the road.

Tottenham were unplayable in their previous home game against Burnley which saw Son Heung-Min and Harry Kane run riot and White Hart Lane will be bouncing for a clash which could be pivotal to the top four spots.

Spurs have actually won five of their eight home games and lost only one despite a series of unconvincing performances under Pochettino and we’re happy to simply back them at the match price.

When is Tottenham vs Chelsea being played?

Tottenham vs Chelsea will be played at 16:30 GMT on Sunday 22 December 2019 at Tottenham Hotspur Stadium.

What is the Tottenham vs Chelsea H2H record?