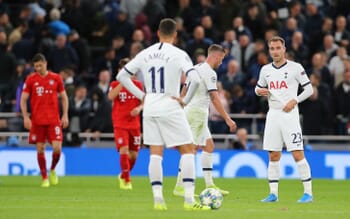 Who would have thought at the beginning of the season that Tottenham would be available at such big odds to beat Sheffield United at White Hart Lane?

If this match had taken place in the middle of August, you might have expected to find Spurs trading at 1/5 to beat a newly-promoted side although the bottom line is that a victory in this match would only move Mauricio Pochettino’s side level with their opponents in the table.

It’s been a troubled start for Tottenham who are languishing in mid-table and they’re already a full ten points off the top four places, with the London side having failed to win any of their six games on the road.

However, Spurs have been fairly solid on home soil and we’re happy to back them to claim a fourth victory of the season at White Hart Lane, with Sheffield United unlikely to be able to live with their opponents for this clash.

Chris Wilder and his team are rightly getting plenty of plaudits for their performances this term and sixteen points from eleven games means they’re in a good place when it comes to avoiding relegation this season.

However, United’s win at Goodison Park falls into the “smash and grab” category, while the other four matches have seen the Yorkshire side pinch a point at places such as Watford, West Ham and Bournemouth.

There was also a comeback draw at Chelsea although there are only so many times you can ride your luck on the road and they’ll be up against a side who will have Harry Kane back in the fold, while it’s also been noticeable that Dele Alli has come on leaps and bounds.

While Son Heung-Min is likely to remain suspended after his red card at Everton, we think that Spurs should have too much in hand for a visiting team who will be looking to set up defensively.

When is Tottenham vs Sheffield United being played?

Tottenham vs Sheffield United will be played at 15:00 GMT on Saturday 9 November 2019 at Tottenham Hotspur Stadium.