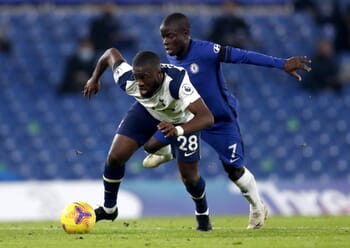 Tottenham Hotspur are bang in contention when it comes to the Premier League title race, even if Jose Mourinho has started back up with his “little horse” analogies following a recent goalless draw at Stamford Bridge.

The result kept Spurs at the top of the Premier League standings and our prediction is that the north London will still be there after this weekend, with Arsenal making the short journey to White Hart Lane with a number of issues.

Bet on Spurs at Evens to Beat Arsenal

Tottenham are currently 2.05 (21/20) with bet365 and that implies they have a 48.8% chance of winning the game, although we think there’s a much stronger probability than this. Spurs currently have a 60% win rate and they have scored twenty-one goals so far.

Our betting tip is simply to take the home team for the win on the Full-Time Result betting market and that is partly down to the weakness of the visitors, with Arsenal sitting fourteenth in the standings following a 2-1 defeat at home to Wolves.

What is Going Wrong at Arsenal?

The Gunners actually began the season with a couple of victories and that means they have accrued just seven points from their past eight games played. Mikel Arteta seems at a loss to arrest this slump in form but perhaps they’re just a mediocre team in a strong division.

The prediction is that the manager will try to make them hard to beat against Spurs, although parking the bus might be tricky considering that Tottenham have all kinds of weaponry to unlock doors, with Harry Kane likely to drop deep in order to shake off his markers.

Scoring goals could be a problem for Arsenal in this clash and Pierre-Emerick Aubameyang looks completely out of sorts although he’s not been helped by a constant shuffling in personnel.

When is Tottenham vs Arsenal being played?

Tottenham vs Arsenal will be played at 16:30 GMT on Sunday 6 December 2020 at Tottenham Hotspur Stadium.

What is the Tottenham vs Arsenal H2H record?