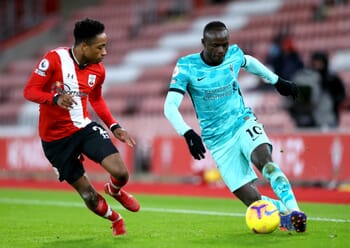 We’re fairly confident that Southampton can give Tottenham a run for their money at White Hart Lane on 21 April, with the Saints playing this game shortly after an FA Cup semi-final against Leicester and they’ll be looking to finish the campaign strongly.

As for Spurs, it looks as though the season will be branded a failure given that Jose Mourinho’s side are unlikely to land a top four spot this season and their only hope of landing silverware is an unlikely success against Man City in the EFL Cup final.

Back Southampton on the Asian Handicap Betting Market

The Saints were beaten 3-0 at West Brom recently although they had previously been enjoying some good results, with Ralph Hasenhuttl’s side sitting fourteenth in the Premier League table and they’ll want to make sure that the team don’t get sucked into a relegation battle.

Southampton actually had the lion’s share of possession at The Hawthorns and the biggest crime was the number of shots off target, although the south coast team will have a point to prove after losing to the same opponents by a 5-2 scoreline at St Mary’s early in the season.

Our betting tip is therefore to back the visitors with a one-goal start, meaning that a one-goal defeat will see you get money back on your bet and a draw or better will see us in profit.

While Harry Kane is closing in on a Premier League Golden Boot, the north London side have won less than 50% of their home matches and there’s certainly pressure on Mourinho’s men to secure a victory to stay in contention for a Champions League spot.

There will have been concern at the way that Tottenham were overhauled in a recent clash against Manchester United, with Spurs having previously been held to a 2-2 draw at Newcastle.