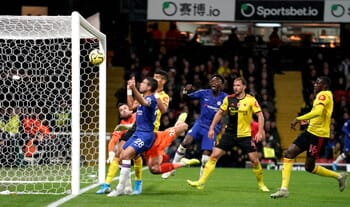 Watford have hardly covered themselves in glory since the restart, scoring a dramatic late equaliser against Leicester before consecutive defeats against Burnley, Southampton and Chelsea.

However, Nigel Pearson’s team still have their destiny in their own hands and a Tuesday evening clash against Norwich City represents an opportunity to boost their survival hopes, with the Canaries cut adrift at the foot of the Premier League and showing few signs of life.

The Hornets have had a tricky season and Pearson is the third man to take the reins, although he has got the loudest tune out of the squad this season and we should recall that excellent 3-0 victory over Liverpool where the team produced a first-class performance.

Watford are unlikely to need to reach such levels when they entertain Norwich, with the manager largely expected to keep with the same players that turned out at Stamford Bridge, with the team forced to defend for large parts of that game.

Abdoulaye Doucoure is the class act in the midfield area and we might see Nathaniel Chalobah get on the ball in this clash at Vicarage Road, with Watford keen to impose themselves on opponents who look completely devoid of confidence.

Strange as it may sound, Norwich still had a fighting chance of remaining in the top flight after the restart and the teams above them have hardly pulled up any trees, although Daniel Farke’s side are now seven points behind Tuesday’s opponents with an inferior goal difference.

It appears as though the East Anglian outfit have surrendered in their quest to stay in the division and we’re happy to keep things simple for this clash and back a Watford victory on the Full-Time Result coupon. The more adventurous punter might want to consider a home win to nil.

When is Watford vs Norwich being played?