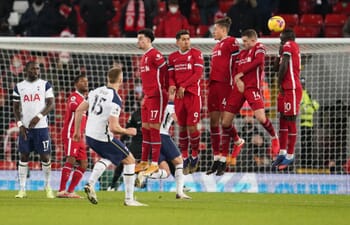 West Bromwich Albion rarely looked capable of staying in the 2020/21 Premier League and their return to the Championship was recently confirmed when losing 3-1 at Arsenal, with the Baggies having enjoyed a brief rally to thrash Chelsea and Southampton but it proved to be a false dawn.

It’s not certain that Sam Allardyce will remain in charge for many more games and perhaps the former England manager won’t relish the chance to try and steer Albion back to the top flight next term, with Liverpool visiting The Hawthorns at possibly the right time.

The bottom line is that Liverpool have a chance of overhauling Leicester City due to recent results and it might only be those selecting a football accumulator who fancy backing the Reds at odds of 1/4, although the Merseyside team are heavily likely to land a maximum haul in this clash.

Jurgen Klopp’s side looked out of the running after conceding late equalisers against Leeds and Newcastle, with Southampton being beaten 2-0 and Sadio Mane is now back among the goals after scoring twice in his previous three games.

Liverpool can ill-afford to drop any further points and our betting tip is that they will beat West Brom by at least two goals. It’s possible that the margin of victory will be significant against a team who no longer have any motivation following their relegation and it’s possible that Sam Allardyce will rotate the squad.

Our prediction is that Liverpool will oblige on the Asian Handicap and you can get a decent price about the Reds with a -1.5 goal disadvantage, with the Merseyside team raring to go.