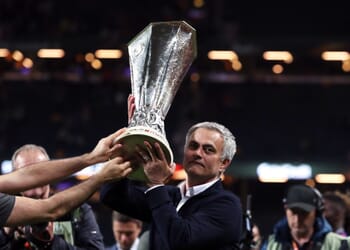 Things can change quickly in football and that’s certainly been the case at White Hart Lane where Mauricio Pochettino has been sacked by Tottenham Hotspur and replaced by Jose Mourinho.

Mourinho was literally installed within hours of the Pochettino news breaking, with the former Chelsea and Manchester United manager now looking to steer Spurs towards the top four in the Premier League.

We should certainly expect a positive response from the players who return from international duty. Especially as they're playing against a home side for whom the wheels have well and truly fallen off since West Ham United beat Manchester United by a 2-0 scoreline.

That victory had made it ten points from four matches, although the fact that the team’s other opponents had been Watford, Norwich and Aston Villa illustrates that the Hammers’ form wasn’t as excellent as it was being suggested in some quarters.

Quite simply, things have been horrendous for Manuel Pellegrini’s side, who were thrashed 4-0 at League One Oxford United in the League Cup and have failed to recover, with just two points taken from their past six Premier League encounters.

Spurs are only a point better than their opponents after a troubled start domestically, with Mauricio Pochettino’s side having previously failed to win consecutive matches all season and they were recently held to a 1-1 draw by Sheffield United.

However, while it’s hard to argue that West Ham should be higher in the table considering they are conceding a lot of goals, one would suspect that Tottenham will start to climb up the rankings as the season progresses, especially now that Mourinho is at the helm.

There were clearly a few issues within the ranks and it was puzzling that Christian Eriksen played no part of the recent clash against the Blades, while Ryan Sessegnon has barely had a sniff since his move from Fulham.

Striker Harry Kane hasn’t gone three games without a goal since the start of the season, with Tottenham capable of enjoying a win which could push Pellegrini towards the exit door at West Ham.

When is West Ham vs Tottenham being played?

West Ham vs Tottenham will be played at 12:30 GMT on Saturday 23 November 2019 at London Stadium.

What is the West Ham vs Tottenham H2H record?