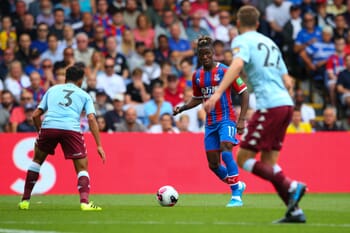 Aston Villa have destiny in their own hands after a fantastic 1-0 win over Arsenal on Tuesday night, with Trezeguet’s goal proving to be the difference and lifting the Villans out of the relegation zone for the first time in months.

Dean Smith’s side travel to the London Stadium knowing that one more win is likely to be enough to stave off the threat of Watford and Bournemouth below them, with the Hornets now eighteenth on goal difference and the Cherries three points further adrift.

It’s a difficult clash for Aston Villa to approach considering that they simply need to match the outcome of Watford’s game at Arsenal, although Dean Smith’s side will surely initially approach the game with caution against a West Ham side who have been lively in the past few matches.

Our prediction is that the Hammers will be determined to end the season on a high and we’re surprised that the betting odds are so big about David Moyes’ side considering they have looked a decent side since the lockdown.

Michail Antonio’s performances have been especially bright and Declan Rice is worth his weight in gold to the team. If you didn’t know what was at stake, you would take one look at the match odds and tip a home win at the prices.

However, this is a match where Villa will want to initially tread cautiously and it’s been noticeable how much they have improved defensively in recent weeks. Smith has spoken about enhanced energy levels within the camp and it’s been just one goal conceded in three matches.

We’re going to bet on Under 2.5 Goals as we expect this to be a cagey encounter where a goalless draw could be good enough for both teams. If Arsenal are suddenly ahead against Watford, it’s possible that the visitors will put together a rearguard action that replicates Tuesday night in a bid to stay up.