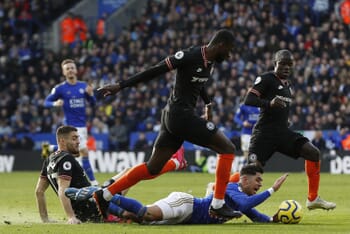 There’s very little to recommend West Ham United at the moment, with David Moyes’ side having been flipped over at home to Wolves before losing at Tottenham in a match where they put men behind the ball and were gradually broken down.

The Hammers can’t count on much of a home advantage for this London derby against a Chelsea side who seem to be firmly in the groove under Frank Lampard. It’s crazy to think that the Blues got beaten 4-0 at Old Trafford in their first game and they’ve come a long way since then.

Lampard is spoilt for choice and that’s even before Hakim Ziyech and Timo Werner arrive at the club, with Christian Pulisic having looked bright after the restart, while Olivier Giroud continues to be the first-choice striker despite Tammy Abraham having enjoyed a purple patch at the beginning of the campaign.

Chelsea came from behind to win at Villa Park but actually dominated proceedings throughout, while they then beat Manchester City 2-1 and we think there’s every chance that they will continue to rack up the wins they need to qualify for the Champions League.

Antonio Rudiger and Andreas Christensen appear to be functioning well in central defence and the Blues seem more robust defensively than they have all season, although the same can’t be said of a West Ham side who have already lost eight of their fifteen games at the London Stadium.

David Moyes is struggling to find the best starting XI and it’s crazy that talented players such as Felipe Anderson and Manuel Lanzini are being left out of the team, although the Scot is simply trying to make his team defensively robust considering points are thin on the ground.

We think Chelsea are the best shout on the Full-Time Result betting market, with the odds fairly generous about a team who are significantly better than their opponents in all departments.

When is West Ham vs Chelsea being played?

What is the West Ham vs Chelsea H2H record?