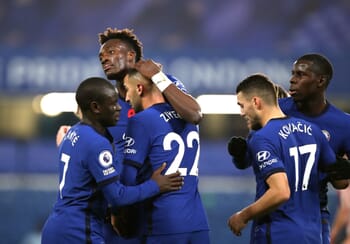 There’s an almighty tussle taking place when it comes to securing a Premier League top four spot and Saturday’s clash between West Ham and Chelsea likely to have an enormous bearing on which side qualifies for the Champions League, although it remains to be seen whether the latter line up in a European Super League or not.

Despite the Hammers sitting a place higher than their opponents right now, it is Thomas Tuchel’s side who are odds-on betting favourites to win at the London Stadium and they recently claimed a 1-0 win over Manchester City in the FA Cup to illustrate that they’re among the leading teams.

Should Chelsea Be Odds-On in the Betting to Win?

On first glance, Chelsea might look short betting odds to win and the visitors only have a 50% strike rate on the road although they have looked much sharper since Tuchel took charge of the team and there is a squad that is being rotated to great effect.

Hakim Ziyech and Timo Werner combined to great effect for the FA Cup winner and our prediction is that the Blues will fill their boots against opponents who are leaking a large number of goals and continue to miss the injured Declan Rice.

It’s been a fantastic season for David Moyes’ West Ham team who continue to occupy a top four spot at the time of writing, although a 3-2 defeat at Newcastle illustrated that they can’t always outscore the opposition.

Craig Dawson was sent off at St James’ Park and the team are missing Michail Antonio up top, even if the on-loan Jesse Lingard continues to shine and the Manchester United man has scored nine goals since the beginning of February.

Even so, we’re going to tip a Chelsea win and both teams to find the net considering that the home side have been plundering plenty of goals.