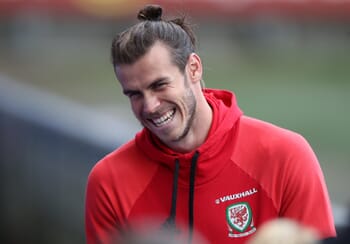 Wales have been finding it tough during their Euro 2020 qualifying campaign, with Ryan Giggs’ side currently sitting fourth in Group E although they still have a chance of making it to next summer’s finals.

Eight points on the board from six games might not be a particularly healthy return although a victory in Baku will mean that they are likely to host Hungary a few days later knowing that another three points will help them progress.

That said, one can’t be particularly confident that the Reds will beat Azerbaijan considering that they made hard work of beating the same team in September, with Gareth Bale scoring a late winner after the visitors had scored an equaliser.

Wales have only taken a point from their three road trips in qualifying, with the team suffering defeats in Croatia and Hungary, although the 1-1 draw in Slovakia was a decent enough outcome and keeps them in the mix.

Naturally, a player like Bale is worth their weight in gold to a team like Wales and it’s also heartening that Aaron Ramsey is playing well for Juventus and the same applies to Daniel James at Manchester United.

However, Wigan’s Kieffer Moore was the designated striker for their most recent match against Croatia, while Charlton’s Tom Lockyer’s presence illustrates that Giggs doesn’t have a particularly large talent pool from which to draw.

Azerbaijan are clearly modest opponents although they are not going to be whipping boys in this game and there’s a case for getting with them on the Asian Handicap with a goal start.

They recently held the Croatians to a 1-1 draw before losing 1-0 in Hungary and you get the sense that they have been improving as the group stage has worn on.

Any Wales victory might be by a single goal and we’ll go down the route of backing the home side as a result.