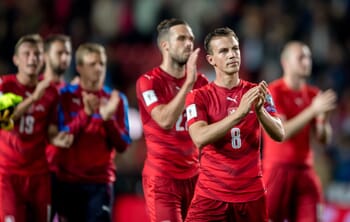 While England are likely to comfortably win their Euro 2020 clash against Montenegro and book themselves a place in the final, Thursday night’s clash between Czech Republic and Kosovo is an altogether more interesting affair.

The Czechs are a point better off than their opponents with two matches remaining and the encounter in Plzen will have a huge bearing on which team joins the Three Lions in next summer’s tournament.

The remit for the home side is easy. A victory will put them in an unassailable position and a recent 2-1 victory over England in Prague illustrated that this team are capable of landing the three points although the price about a Czech Republic win looks somewhat prohibitive.

After all, it was Kosovo that won when the teams met in the reverse fixture, with that clash occurring as recently as September when Bernard Challandes’ side came from behind to claim a 2-1 win and they’ve shown themselves capable of scoring in every match.

Indeed, this is a side who have averaged two goals in every match played during qualifying, with a 3-2 win in Bulgaria a particular highlight, while the Kosovars also managed to bag three goals at Wembley as part of a 5-3 defeat to England.

While the visitors might go down fighting, we quite like the opportunity to double our money by backing “Yes” on the Both Teams to Score market, with the bookies strangely taking the view that “No” is more likely.

Both teams have a player who has found the net regularly during the qualifying process, with Patrick Schick having plundered four for his country and the same applies to Vedat Muqiri who is having an excellent time of things for club side Fenerbahce.

Kosovo have little to lose from attacking their opponents although their defending is clearly a worry and they’ve conceded in their three away games played.