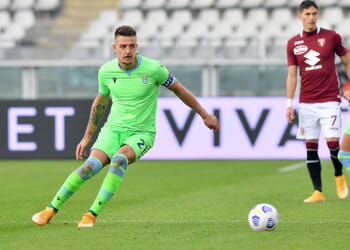 Scotland have not been seen at a major tournament since the 1998 World Cup although they’re just one game away from making an appearance at the 2020 European Championships, with Steve Clarke’s side heading to Belgrade for a play-off final.

The Scots found it tough to break down Israel in the semi-final of the play-offs and needed penalty kicks in order to go through, with Scotland likely to employ a defensive strategy against a Serbia team who are strong betting favourites to claim their spot at Euro 2020.

Are Serbia a Good Bet to Win this Game as Betting Favourites?

The Serbians are a decent outfit who might be finding life tough going in their Nations League group, although they had enough quality to get the better of Norway in Oslo, with two goals from Sergej Milinković-Savić helping them over the line in that clash.

The Lazio midfielder also got on the scoresheet away to Turkey in the Nations League as Serbia ran into a 2-0 lead before the game ended in a 2-2 scoreline and it’s hard to see how a team like Scotland will have pulled off a result like that.

Serbia got plenty of goals in their Euro 2020 qualifying group, with the team playing out a 2-2 draw with Ukraine, although they might run into brick walls considering that Scotland will be at pains to keep things tight in order to get over the line.

Serbia are rightfully favourites and we wouldn’t put anyone off the idea of betting on them to win although the winning scoreline could be 1-0 or 2-0 against a Scotland team whose best players are in the defensive positions.

Scott McTominay, Kieran Tierney and Andy Robertson are all leading players for the visitors, although there’s a dearth of attacking forwards and we think the Under 2.5 Goals could be a better shout than the home win.