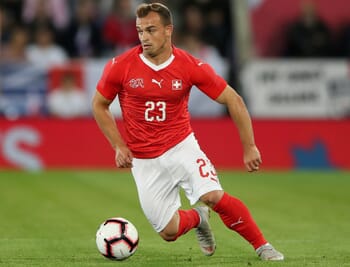 The Republic of Ireland are creeping towards a place in the Euro 2020 finals, with Mick McCarthy’s side managing a goalless draw in Georgia which keeps them in good shape.

Mick McCarthy’s side have twelve points from six games played and a positive result in Geneva on Tuesday night would ensure that Switzerland are kept at arm’s length.

The pressure is all on the latter after Vladimir Petkovic’s side were beaten 1-0 in Denmark, with the Swiss now trailing the Republic by four points and they’ll feel that victory is essential in order to be lining up in next summer’s tournament.

The two teams clashed last month where the game ended in a 1-1 scoreline and we can expect a similarly tight encounter on Tuesday, with Ireland boasting an excellent defensive record which has seen them concede just two goals in six games.

While the team are also short of goals and average just one per game, they are always going to have a strong defensive shape under McCarthy who is unashamedly pragmatic when it comes to getting results.

Last March, Switzerland stormed into a 3-0 lead against the Danes before being pegged back after conceding three goals in the final five minutes and that might be a result that comes back to haunt them.

It’s possible that they will win this clash and get themselves firmly back into contention, although it’s also probable that Ireland will look to break up the match where possible and disrupt the flow of the home side.

A good alternative bet could be Switzerland to win to nil, although we think there’s a chance that the Republic could have yet another goalless draw as they look to inch their way towards the Euro 2020 finals.