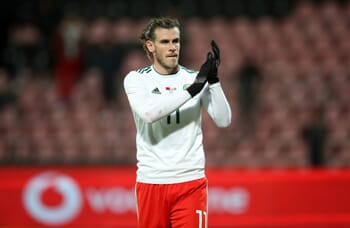 Wales have played their way into a strong position to qualify for Euro 2020, with Ryan Giggs’ side winning 2-0 in Azerbaijan which means that a victory over Hungary on Tuesday night will see them into the finals.

The Reds are unbeaten at the Cardiff City Stadium during qualifying, having drawn with Croatia as well as beating Slovakia and Azerbaijan. There are plenty of reasons for expecting them to record three points in this clash.

Player for player, you have to argue that Wales have the stronger team and they nearly always have the best player on the pitch thanks to the presence of Gareth Bale who was only needed for an hour in Baku.

Aaron Ramsey should also come back into this team, while Kieffer Moore has notched a couple of goals for the team and there’s plenty to like when it comes to Daniel James and Harry Wilson who are both shining in the English Premier League.

Defensively, there is certainly less quality although Bournemouth’s Chris Mepham marshals the back four well and we’re not sure Hungary will have enough to repeat their 1-0 win against the same opponents in Budapest.

Striker Adam Szalai is the danger man for the visitors and the Mainz forward could be a handful, while RB Leipzig keeper Peter Gulacsi was on the Liverpool books for five years.

However, opportunity knocks for Wales to make it to a second consecutive European Championships after making the semi-final stage of Euro 2016 and we think that Bale and Ramsey can power them through.

The Welsh should be playing in front of a big crowd and you feel as though they have enough attacking might to outscore their modest opponents.