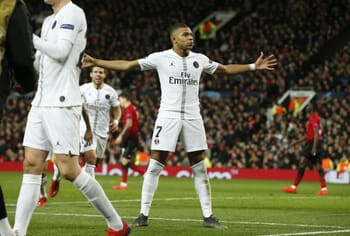 We can say with a fair degree of confidence that Paris Saint-Germain will win Friday night’s encounter against Lille. After all, Thomas Tuchel’s side are already eight points clear at the top of Ligue 1 and look like champions-elect in November.

Indeed, the team sitting second in the table are Marseille and they were recently thrashed 4-0 at the Parc des Princes, with the French champions currently in irresistible form and there’s a strong case for backing them on the Asian Handicap to overcome a -1.5 goal deficit.

The PSG team is packed with superstars and the trio of Kylian Mbappe, Angel Di Maria and Mauro Icardi all have five goals apiece at the moment, while Tuchel can also call upon the likes of Edinson Cavani and Julian Draxler.

That’s of course without the injured Neymar, with the team on a mission to rack up as many points domestically this side of Christmas so that they can give the Champions League their full attention in the New Year.

Lille are also a Champions League side this season although the visitors are already out of the competition in effect after suffering some bad results at the hands of Ajax, Chelsea and Valencia.

They do sit fifth in the Ligue 1 table although they have lost four of their six matches on the road and haven’t been able to win an away encounter at the time of writing.

Victor Osimhen continues to plunder goals in attack, although that recent 4-1 defeat at the Mestalla highlights that a team with quality can expose a weak underbelly and we’re expecting Paris Saint-Germain to take full advantage.

PSG have won by a 4-0 scoreline on three occasions at home this season and they’ve also beaten Real Madrid 3-0 in Europe.

When is PSG vs Lille being played?

What is the PSG vs Lille H2H record?

What is Lille’s most recent form?

What is the predicted Lille line-up?

Who is injured or suspended for PSG?

Who is injured or suspended for Lille?