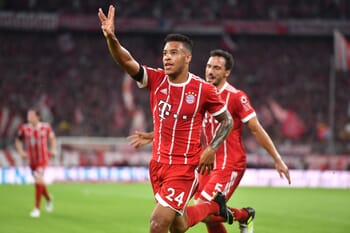 The enforced two-month break didn’t seem to impact too much on Bayern Munich based on their opening performance away to Union Berlin where the German champions ran out 2-0 winners.

Goals from Robert Lewandowski and Benjamin Parvard gave the Bavarian side a typically clinical victory, with Hans-Dieter Flick’s side only managing three shots on target although it was comfortable enough against spirited opponents.

Now comes a first match at the Allianz Arena since beating Augsburg 2-0 on Sunday 8 March, with the players gracing their famous stadium and having to acclimatize to the echoes that will reverberate around the stands due to no supporters in attendance.

Bayern are in excellent form if you consider their results before the pandemic broke out, with a goalless draw against Leipzig on 9 February the only time the German champions haven’t won since 7 December.

A month previously to this, Bayern were thrashed 5-1 by Eintracht Frankfurt in a game which sent shockwaves through Europe and saw Niko Kovac fired as manager, although things have vastly improved since then.

As for Eintracht, things took a turn for the worse since that win and the team lost eight of their following ten matches, while their past three games have seen them defeated and they’ve conceded a sum total of ten goals.

A 3-1 defeat at home to Borussia Monchengladbach last weekend saw Adi Hutter’s side get off to a disastrous start where they trailed 2-0 after seven minutes and it was always going to be difficult to recover from that situation.

We should expect the visitors to be more defensively robust in the opening exchanges here, although Bayern have the attacking players to eventually break them down and we like the odds-against quote that the German champions win without conceding.

When is Bayern Munich vs Eintracht Frankfurt being played?

Bayern Munich vs Eintracht Frankfurt will be played at 17:30 GMT on Saturday 23 May 2020 at Allianz Arena.

What is the Bayern Munich vs Eintracht Frankfurt H2H record?