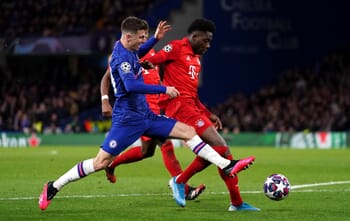 Bayern Munich were not only the best team in Germany last season but they also proved themselves to be the most superior in Europe, demolishing Barcelona 8-2 and going deep in the UEFA Champions League.

Hansi Flick has been a revelation since replacing Nico Kovac at the Allianz Arena and Bayern are now bidding for a ninth consecutive Bundesliga title, with the Bavarian side massive favourites to retain their crown.

Leroy Sane has been an early summer capture for the German champions although the existing squad is clearly capable of demolishing any opponent and our prediction is that they will deliver a statement of intent against a Schalke side who did not look particularly bright after lockdown last season.

Naturally, you won’t get rich by betting on Bayern in the Full-Time Result market, although there are other ways to bet on the home side and we particularly like the Asian Handicap betting market which means you can back them at bigger odds providing that they win by a substantial margin.

Our betting tip is Bayern with a -2.5 goal handicap which means there’s a profit to be realised if they enjoy a three-goal margin of victory and we think it’s a highly plausible outcome.

Striker Robert Lewandowski remains at the peak of his powers despite his advancing years, while Serge Gnabry, Leroy Sane, Thomas Muller and Ivan Perisic add some excellent attacking options, while Leon Goretzka and Joshua Kimmich are the midfield engine room.

As for Schalke, perhaps they’ll be glad to get this fixture out of the way, although it was massively concerning the way that they ended the previous season and it could be that this proud club are staring relegation in the face this term.

When is Bayern Munich vs Schalke 04 being played?

What is the Bayern Munich vs Schalke 04 H2H record?

Who is injured or suspended for Bayern Munich?

Who is injured or suspended for Schalke 04?