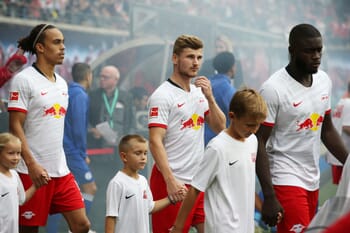 It hasn’t been the most encouraging of restarts for FC Koln, with the Cologne side having drawn 2-2 against struggling Mainz before needing a couple of late goals to rescue a point against Fortuna Dusseldorf.

The Billy Goats are stationed in mid-table and look neither capable of challenging for a Europa League spot nor are they likely to be sucked into a relegation scrap, with Alexander Wehrle’s team having lost thirteen of their twenty-seven games this term.

Indeed, those two post-restart draws doubled the number of matches where it has finished all square, with RB Leipzig taken to land three points, especially as Die Roten Bullen were able to convincingly put Mainz to the sword in a recent clash.

That 5-0 victory was a real statement of intent after Leipzig were previously frustrated in a 1-1 draw against Freiburg and they’ll want to continue the winning habit in case one or both of Bayern Munich and Borussia Dortmund start dropping points despite it currently looking like a tall order.

The visitors have very solid figures when it comes to matches on the road, with eight victories and four draws secured, while the presence of the deadly Timo Werner in the ranks only strengthens the case for backing them here.

Cast your mind back to late February where Leipzig won 5-0 at Schalke to illustrate that this team are capable of blowing the lesser sides away, with Yussuf Poulsen and Kevin Kampl playing strong supporting roles to Werner.

The latter has spent most of the season on the sidelines, although the Slovenian has now returned to the team and adds that extra quality that has been lacking in his absence.

The reverse fixture ended in a 4-1 victory for Leipzig and we’re actually surprised that you can enjoy over 50% return on your stake should the Red Bull-sponsored team outclass a Koln team who don’t look to be in great form.

When is FC Cologne vs RB Leipzig being played?

FC Cologne vs RB Leipzig will be played at 19:30 GMT on Monday 1 June 2020 at RheinEnergieStadion.

What is the FC Cologne vs RB Leipzig H2H record?

What is FC Cologne’s most recent form?

What is the predicted FC Cologne line-up?