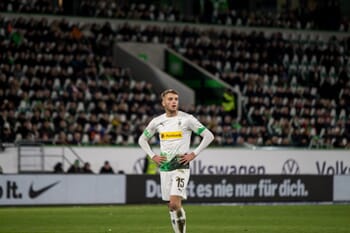 Say what you like about Eintracht Frankfurt, they do love scoring at home this season. Adi Hutter’s team might be sitting in twelfth place (which is a fall from grace considering they landed seventh last term), although they have scored more goals on home soil than any team in the Bundesliga with the exception of the top four.

Twenty-seven goals have been plundered at the Commerzbank-Arena and that’s an average of over two per home match, with the team winning six, drawing three and losing three of their twelve home encounters.

The team have had to cope without key players who departed last summer and Die Adler are looking over their shoulders considering they are only six points clear of the relegation zone although a victory would boost their survival hopes and propel the team towards mid-table.

Perhaps it’s too much to ask against a Borussia Monchengladbach team who will still reckon they can challenge for the Bundesliga title, with Marco Rose’s side having a fine season before the lockdown and he will be hoping that they can qualify for the Champions League at the very least.

It’s hard to fancy The Foals too much for this clash considering they have only achieved victory in 50% of their away matches this term, while the first round of fixtures after the lockdown might throw up some unusual results.

However, the team have scored nineteen goals in twelve away games this season and we think they are capable of finding the net at least once against an Eintracht side who have shipped sixteen times on home soil.

To add further strength to this betting angle is the fact that six goals were scored between the two teams when they met in the reverse fixture, with Monchengladbach running out 4-2 winners on that particular occasion.

While we might not see another six goals scored in this encounter, it seems reasonable to expect both sides to register at least once during the ninety minutes and we’re happy to take the odds about the “Yes” option on the Both Teams to Score market.

Eintracht Frankfurt vs B M'gladbach - Stats

Eintracht Frankfurt vs B M'gladbach FAQ

When is Eintracht Frankfurt vs B M'gladbach being played?

Eintracht Frankfurt vs B M'gladbach will be played at 17:30 GMT on Saturday 16 May 2020 at Commerzbank-Arena.

What is the Eintracht Frankfurt vs B M'gladbach H2H record?