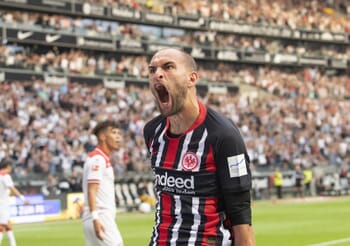 Sometimes it just pays to go with the obvious and we think that Eintracht Frankfurt are a perfectly fair bet to claim three points on Saturday 6 June when they clash with Mainz.

Despite losing half of their twenty-eight matches played, Adi Hutter’s team are a lot of fun and that’s especially been the case since the lockdown, with Die Adler playing their part in some high-scoring encounters.

Frankfurt were turned over at home against Borussia Monchengladbach and then pulverized at Bayern Munich, although a 3-3 draw with Freiburg saw the team rally from 3-1 down to claim a point and they then won 2-1 away to Wolfsburg.

That means nine goals have been scored in their four opening matches and we believe that last season’s seventh-placed team are capable of beating a Mainz team who could well be relegated from the Bundesliga this season.

At the time of writing, Die Nullfunfer are just above the drop zone and it’s been a fairly lacklustre restart to their Bundesliga campaign, with Mainz thrashed at home to Leipzig and also turned over at Hoffenheim, although they did claim draws away to Koln and Union Berlin.

The fact that just one goal has been scored in their past three encounters is clearly a concern against such an offensive team, while the visitors have shipped more goals on the road (35) than any other club in the division.

Andre Silva could make all the difference and the on-loan Milan forward has scored in three of his previous four matches, with the Portuguese striker ready to unleash hell and he will be flanked by midfielder Daichi Kamada who has scored in consecutive matches.

An alternative bet could be to back Frankfurt to win and both teams scoring, although we’ll play things safe and just go for the home victory. This selection can be combined with other short prices if you want to go for a weekend Bundesliga accumulator.

When is Eintracht Frankfurt vs Mainz 05 being played?

Eintracht Frankfurt vs Mainz 05 will be played at 14:30 GMT on Saturday 6 June 2020 at Commerzbank-Arena.

What is the Eintracht Frankfurt vs Mainz 05 H2H record?

What is Mainz 05’s most recent form?

What is the predicted Mainz 05 line-up?