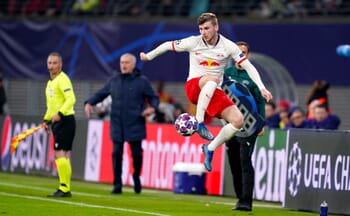 RB Leipzig enjoyed a massive 5-0 victory at Mainz on Sunday, with Timo Werner closing the gap on Robert Lewandowski in the Bundesliga scoring charts after pilfering a hat-trick.

More importantly, Die Roten Bullen remain in with an outside chance of landing the title, with Julian Nagelsmann’s team strong favourites to claim a maximum haul in this match and knowing that at least one of Bayern or Dortmund will have dropped points the night before.

The victory at The Opel Arena was something a bit special although it was against relegation-threatened opposition and this could be a tougher tast considering that Hertha Berlin have enjoyed a magnificent restart to the season.

Although Bruno Labbadia’s side sit in the bottom half of the table, they went to Hoffenheim in their first post-lockdown clash and won 3-0 before following up this result with an even better 4-0 victory against Union Berlin.

The visitors have avoided defeat in nine of their thirteen away matches this season, with Vedad Ibisevic having found the net in the past couple of encounters and it could be worth opposing Leipzig on the Asian Handicap markets for this one.

We can back Hertha with a 1.5-goal advantage knowing that they would have to lose by a two-goal margin in order to lose the bet.

Don’t forget that Red Bull could only draw with Freiburg ten days ago and have slipped up several times in front of their own supporters, drawing five home games and losing one.

Providing that HSC can keep Werner quiet, then there’s a chance they could actually win this game although we’ll err on the side of caution and back them with a healthy advantage.

When is RB Leipzig vs Hertha Berlin being played?

What is the RB Leipzig vs Hertha Berlin H2H record?