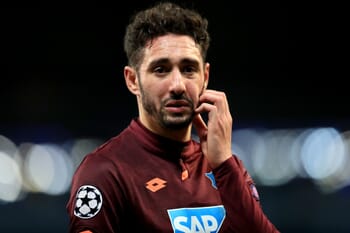 Hoffenheim are one of the most unpredictable clubs in the German Bundesliga, with Alfred Schreuder’s side sitting seventh in the table and Die Kraichgauer still have an opportunity to land a Europa League spot this season.

However, they are not a brilliant team from a defensive point-of-view, having been turned over at home to Hertha Berlin by a 3-0 scoreline in their first match after the lockdown.

Since then, Hoffenheim have embarked on a four-match unbeaten run although it has been against largely modest opposition, with draws away to Paderborn and Fortuna Dusseldorf sandwiching victories against Mainz and Cologne.

This is going to be a much sterner test against one of the Bundesliga front runners and Leipzig have been devastating on the road in recent weeks, with home advantage being truly eroded for any side that faces Julian Nagelsmann’s team.

Die Roten Bullen have scored nine goals in the space of two matches on the road, with Mainz being put to the sword by a 5-0 scoreline before a comfortable 4-2 victory over Cologne.

Timo Werner is now playing out his final few games for Leipzig following the recent news that Chelsea will sign the young German striker this summer, although the team were strangely unable to oblige against Paderborn on Saturday.

That was a real coupon-buster and it’s not the first time that the Red Bull team have slipped up post-lockdown, with Freiburg claiming a 1-1 draw against the same opponents.

Therefore, instead of backing the visitors to win the game, we are going to bet Over 3.5 Goals and make a profit if four or more are scored.

When the teams met in December, Red Bull ran out 3-1 winners, with Hoffenheim home games being a haven for goals considering that 57 goals have been scored in 15 matches at the PreZero Arena.

When is Hoffenheim vs RB Leipzig being played?

What is the Hoffenheim vs RB Leipzig H2H record?