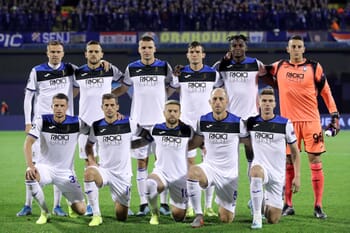 Atalanta are arguably the most entertaining team in Serie A, with La Dea having scored an incredible 70 goals in the Italian top flight this season, while they have also conceded 34 goals which means over 100 goals have already been scored in their games.

Gian Piero Gasperini has transformed the fortunes of the club since taking charge in 2016 and they finished third in their domestic league last season, with Atalanta still going strong in the Champions League after putting Valencia to the sword surely before the lockdown.

Despite scoring 33 goals at the Gewiss Stadium this season, the team have only won 50% of their home matches and that’s partly due to having such an expansive style of football which is probably why their away form is significantly better.

That upturn in form was a real shot in the arm for a team who appeared to be sliding towards the relegation trapdoor, while Francesco Caputo is having an excellent time in an attacking position and the 32-year-old now has thirteen goals for the season.

Atalanta also have players in the top scorers chart including the dangerous Josip Ilicic who bagged an incredible four goals away to Valencia and the Slovenian is flanked by Luis Muriel and Duvan Zapata which spells plenty of goals being scored.

Bet-wise, we will plump for Atalanta to claim a victory by two goals or more and that can be achieved by punting La Dea with a -1.5 goal handicap at reasonably attractive odds.

Providing that Atalanta haven’t lost their attacking mojo, we should expect goals to be scored and it is clear that this team didn’t feel the benefit of home advantage in the first place.

When is Atalanta vs Sassuolo being played?

Atalanta vs Sassuolo will be played at 18:30 GMT on Sunday 21 June 2020 at Stadio Atleti Azzurri d Italia.

What is the Atalanta vs Sassuolo H2H record?

What is Sassuolo’s most recent form?

What is the predicted Sassuolo line-up?

Who is injured or suspended for Atalanta?

Who is injured or suspended for Sassuolo?