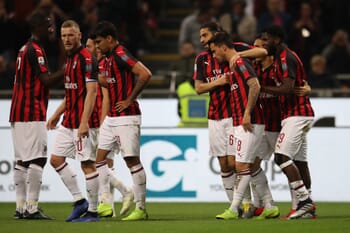 Before the 2016/17 Serie A season, Crotone had never played in the Italian top flight although they managed two seasons among the big boys before getting demoted to Serie B. Now they’re back for another bite of the cherry despite being betting favourites on the relegation market.

Reasons for our Crotone vs AC Milan Betting Tips

Crotone began the season in suspect fashion when losing 4-1 away to Genoa, although our prediction is that they’ll give a much better account of themselves at Stadio Ezio Scida when clashing with an AC Milan side who have had a busy start to the football season.

AC Milan claimed a 2-0 win away to Shamrock Rovers in the Europa League before a Monday night engagement with Bologna. After their first Serie A clash, they then met Bodo Glimt in the next round of European competition before playing this domestic match.

It’s a heavily congested fixture schedule and we’re not completely convinced that Milan are one of the best sides in Italy right now, with Zlatan Ibrahimovic back at the ripe old age of 38 and hardly representative of the future at the San Siro.

Hakan Calhanoglu is the other star turn of the team, although we should note that the Rossoneri failed to win nine of their nineteen matches last season and their goal difference on the road was only +6.

We are going to tip Crotone to make a decent fist of this match and run their opponents close, with our bet on the home side on the Asian Handicap giving them a 1 goal advantage and that means they can afford to lose by a single goal and we’d still get our money back.

Simeon Nwankwo also known as “Simy” is capable of scoring goals in Serie A after bagging twenty in Serie B last term and we’ll take a bet against Milan for this one.

When is Crotone vs AC Milan being played?

What is the Crotone vs AC Milan H2H record?

What is Crotone’s most recent form?

What is the predicted Crotone line-up?