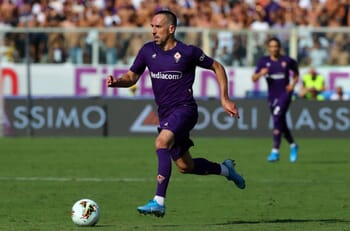 While Brescia aren’t mathematically relegated from Serie A, it would truly take the Great Escape in order for Le Rondinelle to get themselves out of trouble. They have been through a succession of managers since getting promoted from Serie B although the good results have failed to materialise.

Eugenio Corini has twice been sacked at the Stadio Mario Rigamonti this season, with Fabio Grosso also lasted just a few games and Diego Lopez now has the seemingly impossible job of trying to keep last season’s Serie B champions in the top flight.

Brescia haven’t managed a win since a 3-0 victory over Lecce in the middle of December and that means eleven games without a victory, with Fiorentina looking in a decent position to take advantage and they were the better team when the sides drew 0-0 in the reverse fixture.

La Viola only sit five points clear of the drop zone and they will regard this fixture as must-win, with only seven victories registered in their twenty-six matches to date.

Vincenzo Montella made way for Giuseppe Iachini at the end of the year and the form has been largely improved, especially that 5-1 win at Sampdoria which was followed by draws against Milan and Udinese before the lockdown.

While Fiorentina usually wouldn’t rate as a great bet, we think that Brescia are going to be there for the taking and that the club are already preparing themselves for the probability that they’ll be playing in Serie B again next season.

Young Italian striker Federico Chiesa was starting to find some form in March and he will be partnered by young Serbian Dusan Vlahovic in attack, with these players likely to cause problems for a defence which has conceded 49 goals in their 26 matches to date and there could be more leakage this time around.

When is Fiorentina vs Brescia being played?

Fiorentina vs Brescia will be played at 18:30 GMT on Monday 22 June 2020 at Stadio Artemio Franchi.

What is Fiorentina’s most recent form?

What is Brescia’s most recent form?

What is the predicted Fiorentina line-up?

What is the predicted Brescia line-up?