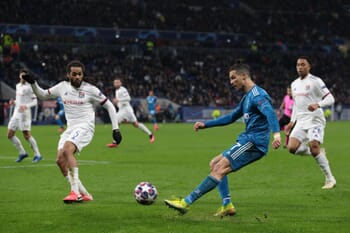 Juventus are bidding to win a tenth Scudetto title this season and they have a new manager at the helm, with Andrea Pirlo taking charge after replacing the outgoing Maurizio Sarri.

Our prediction is that the Old Lady will be full of flair under the legendary Italian who has little managerial experience considering he’s had a stab at taking charge of the Juve Under-23 team before getting the nod to take the team forward.

Pirlo Set to Make a Winning Start With Juve

Pirlo has been handed a favourable opening fixture and the Turin side are heavy betting favourites to claim victory against Sampdoria on 20 September, with Juventus having won the Scudetto by a single point last season although the hard work was done before they lost their final game.

Before that defeat against Roma, Juve had won sixteen of their eighteen games at the Juventus Stadium and drawn the other two. While there will be no fans in attendance for the game, our tip is that we’ll see the champions win this game without conceding a goal.

Pirlo will want a nice solid start against a Samp team who finished in fifteenth place last season, with the visitors losing twenty games in total and the visitors shipped a hefty 65 goals in their thirty-eight games played.

Claudio Ranieri remains in charge at the Stadio Luigi Ferraris and he will want his team to be nice and compact against illustrious opponents, with the squad having been reshaped but nt necessarily strengthened.

We’ll go for Juve to make a winning start without conceding and they will have former Barcelona player Arthur operating for them and hoping to make a favourable impression, with the defence able to hold firm against modest opponents such as this team.

When is Juventus vs Sampdoria being played?

Juventus vs Sampdoria will be played at 19:45 GMT on Sunday 20 September 2020 at Allianz Stadium.

What is the Juventus vs Sampdoria H2H record?

What is Sampdoria’s most recent form?

What is the predicted Sampdoria line-up?

Who is injured or suspended for Juventus?

Who is injured or suspended for Sampdoria?