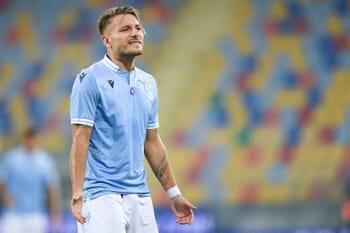 Lazio and Atalanta both had very satisfactory Serie A campaigns last season, with the clubs finishing fourth and third respectively, positions that earned them a spot in this season’s Champions League and they’ll be aiming for lofty heights this time around.

Our betting prediction is that there will be goals on the cards at the Stadio Olimpico for this Wednesday night clash, with these teams playing out a couple of thrillers last term. There was a 3-3 draw in Rome on 19 October before Atalanta grabbed a 3-2 win in the reverse fixture after lockdown.

Can Atalanta Score 100 Goals in Serie A This Season?

La Dea were in unbelievable scoring form for the majority of the 2019/20 season and they were just two goals shy of the 100 tally, with Gian Piero Gasperini’s side incredibly attacking and they were also able to light up the Champions League stage before narrowly losing to Paris Saint-Germain.

Interestingly, the goals were spread around to the extent that it shouldn’t matter if Atalanta lose any of their key players, with Duvan Zapata and Luis Muriel both remaining at the club and they both notched eighteen goals last season.

That total was dwarfed by Ciro Immobile last season as the Italian striker enjoyed his best season to date in front of goal. Very few strikers have ever managed to hit 35 goals, although they kept flowing for the Lazio forward and that also helps us to tip a high goal count in this clash.

Lazio Among Betting Favourites for Serie A Title

The Eagles tailed off after lockdown last season although Simone Inzhagi’s team look set to challenge for major honours again this term, with a bad run of five games during July costing them dear where Lazio earned just one point.

Braver punters can go for Over 3.5 Goals or even Over 4.5 Goals, although we’ll stick with Over 2.5 Goals and feel fairly confident that these teams will serve up goals.

When is Lazio vs Atalanta being played?

Lazio vs Atalanta will be played at 19:45 GMT on Wednesday 30 September 2020 at Stadio Olimpico.

What is the Lazio vs Atalanta H2H record?

Who is injured or suspended for Lazio?

Who is injured or suspended for Atalanta?