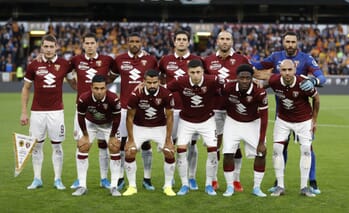 Torino and Parma are the two teams that will restart the 2019/20 Serie A football season, with the clubs clashing on Saturday 20 June after the Italian FA decided to give the green light to the top flight games being played behind closed doors.

Torino are the favourites to claim the points although we’re immediately keen to oppose the Turin side considering that they have won just four of their twelve games at the Stadio Olimpico Grande Torino this season.

It’s possible that Torino could be in a relegation scrap between now and the completion of the season, with Moreno Longo’s team sitting just two points above the drop zone after Walter Mazzarri had previously failed to get results before leaving in February.

Parma are ninth in the table and eight points better off, with The Crusaders have fared reasonably well on the road this season, while they won’t be playing opponents who strictly have home advantage anymore.

Roberto D'Aversa’s side have avoided defeat in 66.6% of their away matches this season and it therefore seems a no-brainer to go for them with a +0.5 goal on the Asian Handicap betting market.

Parma got the better of Torino at the end of September when they triumphed by a 3-2 scoreline, with the latter having been on a horrendous run in the weeks leading up to the lockdown and the visitors will now have to pull themselves out of the mire.

Six straight defeats in Serie A means that Il Toros are wobbling above the precipice and there were some horrendous results including a 7-0 thrashing at the hands of Atalanta, while a sum total of nineteen goals were conceded in six Serie A matches.

Perhaps a draw will serve as a way to stabilise and our recommended betting tips would mean you still profit with this selection.

When is Torino vs Parma being played?

Torino vs Parma will be played at 18:30 GMT on Saturday 20 June 2020 at Stadio Olimpico Grande Torino.

What is the Torino vs Parma H2H record?

What is Torino’s most recent form?

What is Parma’s most recent form?

What is the predicted Torino line-up?

What is the predicted Parma line-up?