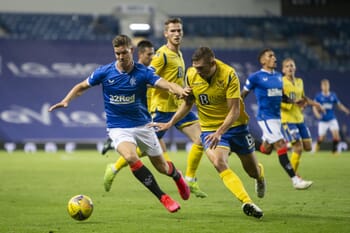 St Johnstone have constantly been on the road since the start of the 2020/21 Scottish Premiership season and this is their first match at McDiarmid Park, with Callum Davidson’s team having landed a win, a draw and a defeat on their travels.

Now there’s an opportunity to play on home soil albeit without a passionate home support, with the Saints winning their last match at Kilmarnock and there was a real sting in the tail thanks to two late goals after trailing 1-0 to Killie approaching the final few minutes.

Previously to this, there was a 3-0 defeat away at Rangers which was hardly a disgrace after a 1-1 draw away to Dundee United, with the team yet to keep a clean sheet and our prediction is that they will concede to Aberdeen at some point in the match.

Our tip is that both teams will find the net although it’s difficult to get a real sense of form considering that the visitors have only played one game this season due to a number of players breaking the lockdown rules.

It means that the Dons haven’t had a football match since being turned over at home to Rangers by a single goal, with Derek McInnes’ side having only been able to train since then although they should be nice and fresh for this outing.

While Aberdeen were thwarted by the Gers in terms of finding the net, we should expect them to get on the front foot from the off in this clash and we think the Dons’ betting odds are attractive.

However, we think that both teams will feel as though they can win this game and we’re pleasantly surprised to see an odds-against quote about both teams finding the net.

When is St. Johnstone vs Aberdeen being played?

What is the St. Johnstone vs Aberdeen H2H record?

What is St. Johnstone’s most recent form?

What is Aberdeen’s most recent form?

What is the predicted St. Johnstone line-up?

What is the predicted Aberdeen line-up?