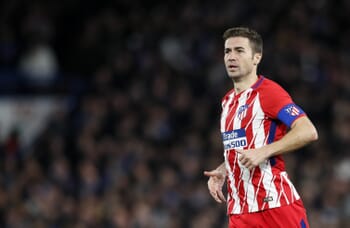 Despite a famous Champions League win at Anfield just before the lockdown closed European football down, Atletico Madrid have struggled to land victories away from home this season.

Diego Simeone’s side have won just three of their thirteen clashes away from the Wanda Metropolitano, which is in stark contrast to the 8-5-1 figures that they have posted in front of their own supporters and explains why they’re scrapping it out for a top four spot.

Indeed, Atleti sit sixth in La Liga standings after 27 games played and this is a tough opening assignment after the restart, with Athletic Bilbao tenth in the standings and boasting a pretty decent home record in Spain this term.

Gaizka Garitano’s side have been really strong from a defensive point-of-view at San Mamés Stadium, conceding just seven goals and it naturally follows that they are going to make life hard for a team whose first instinct is also to defend.

The two teams met in Madrid last October where Atletico Madrid were able to claim a 2-0 win and we’re leaning towards the probability of two goals or less being scored again here, with the bookies keeping the price fairly short.

However, a sum total of 22 goals have been scored in 13 matches at San Mames and that gives us plenty to suggest that we could even dip as low as Under 1.5 Goals and be relatively comfortable with this bet.

After all, Athletic’s previous four home matches featured just one goal and that included a 1-0 win over Barcelona, with young Spanish goalkeeper Unai Simon earning rave reviews for his performances between the sticks this term.

Inigo Martinez and Yeray are also solid defenders, while the same applies to the rearguard that operates for the visitors and Simeone’s men score and concede an average of less than one goal per game.

When is Athletic Bilbao vs Atletico Madrid being played?

Athletic Bilbao vs Atletico Madrid will be played at 13:00 GMT on Sunday 14 June 2020 at San Mamés Stadium.

What is the Athletic Bilbao vs Atletico Madrid H2H record?

What is Athletic Bilbao’s most recent form?

What is the predicted Athletic Bilbao line-up?