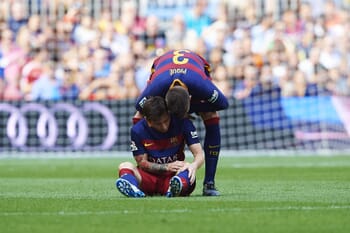 It’s been a protracted wait for Barcelona to get their 2020-21 La Liga campaign under way, with the Catalan side starting a new era thanks to Ronald Koeman taking charge after returning to the Nou Camp where he enjoyed so much success as a player.

Reasons for our Barcelona vs Villarreal Betting Tips

The Dutchman has a difficult job when it comes to creating a team who can usurp arch-rivals Real Madrid, especially on the evidence of Barca’s post-lockdown form where they wobbled to the extent that Real won the title at a canter, while Bayern Munich demolished them in the Champions League.

Lionel Messi has decided to stay at the club and our prediction is that the Argentine will continue to be a leading light for Barcelona, while Philippe Coutinho could come in from the cold after the Brazilian actually played against his parent club for Bayern last term.

Even so, we’re going to tip against Barcelona for this match considering it could take a while for Koeman to impose new ideas on the group, with the only signing of note being Miralem Pjanic in a deal which has seen Arthur go the other way to Juventus.

The Best Barcelona vs Villarreal Predictions

We think Villarreal can give a good account of themselves and we’re betting on the Yellow Submarine when it comes to the Asian Handicap betting market. Unai Emery has recently taken charge at El Madrigal and early signs are good.

A 1-1 draw against Huesca has been followed by a 2-1 victory over Eibar where the team came from behind to win the clash, with Villarreal having finished just behind Sevilla in the 2019-20 standings, with Dani Parejo and Francis Coquelin adding some quality to the Villarreal midfield department.

The focus on this match will be making life difficult for the likes of Messi, Coutinho, Luis Suarez and any other attacking player on the pitch, with this bet meaning that we make a profit even if Villarreal lose by one goal.

When is Barcelona vs Villarreal being played?

What is the Barcelona vs Villarreal H2H record?

What is Villarreal’s most recent form?

What is the predicted Villarreal line-up?

Who is injured or suspended for Barcelona?

Who is injured or suspended for Villarreal?