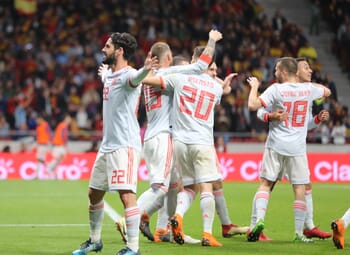 There are still eleven rounds of La Liga fixtures remaining, although time is running out for Espanyol if they want to avoid being relegated to the Segunda Division at the end of the 2019/20 campaign.

The Periquitos finished a credible seventh place in the division last term and qualified for the Europa League, a competition that they prospered in before getting hammered by English Premier League club Wolves.

However, the Barcelona-based club have been toiling away domestically to no avail, with the team having won just one match at the RDCE Stadium. There have also been five draws and seven defeats at home, with manager Abelardo hoping that the break has come at a good time.

Despite the fact that Espanyol sit bottom of the table and are six points adrift of safety, the bookies have them as warm favourites to claim a maximum haul in their first match back, with Alaves twelve points better off than their opponents.

The Babazorros have lost eight of their thirteen matches on the road, although they’ll be keen to avoid getting sucked into a relegation dogfight after finishing in eleventh place last season.

Before the enforced break, Alaves had lost just two of their previous nine encounters and they have managed a win at Levante along with draws away to Leganes and Sevilla during this calendar year.

We think that it’s worth backing them on the Asian Handicap with half a goal start, which means you profit if the visitors simply avoid defeat against a team who have struggled to buy a win at home all season.

There is also the fact that Espanyol have only scored twelve goals in thirteen home encounters and the only victory in their previous six encounters came against Wolves in a dead rubber of a second leg clash where the English side had already done plenty of damage.

When is Espanyol vs Alaves being played?

What is the Espanyol vs Alaves H2H record?

What is Espanyol’s most recent form?

What is Alaves’s most recent form?

What is the predicted Espanyol line-up?

What is the predicted Alaves line-up?