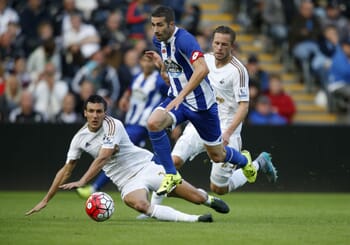 Until 8 December, Leganes looked a poor excuse for a La Liga team and many were expecting them to finish rock bottom of the table for the 2019/20 season.

By that point, manager Mauricio Pellegrino had left the club and his replacement Javier Aguirre was struggling to turn things around, although the Mexican finally engineered a 3-2 win against Celta Vigo and it really proved to be the turning point.

The results have been much improved since that victory and a 2-1 triumph at Villarreal before the lockdown means that Los Pepineros are within touching distance of safety, with the manager looking for them to hit the ground running.

This is certainly a winnable match for Leganes, although their opponents Valladolid will feel the same way when they make the trip to the Estadio Municipal de Butarque, with the visitors knowing a victory will pull them well clear of the drop zone.

At present, Sergio Gonzalez’s side are four points clear of the drop zone and how dearly they would love to move towards mid-table, with the Pucela having lost their final two matches before the lockdown.

Scoring goals has been a problem for Valladolid this season and a return of 23 in 27 games goes a long way to explaining why they have only won six of their matches, while Leganes seem to also lack the requisite firepower.

Our first hunch was to back Under 2.5 Goals although the somewhat prohibitive price of 1.44 has instead persuaded us to plump for the “No” option on the Both Teams to Score market instead.

Leganes average less than one goal per home game and have an even worse ratio away from home, so we’re expecting goals to be at a minimum, with a slight preference for the home side to nudge over the line and boost their survival hopes.

When is Leganes vs Valladolid being played?

Leganes vs Valladolid will be played at 18:30 GMT on Saturday 13 June 2020 at Estadio Municipal de Butarque.

What is Leganes’s most recent form?

What is Valladolid’s most recent form?

What is the predicted Leganes line-up?

What is the predicted Valladolid line-up?