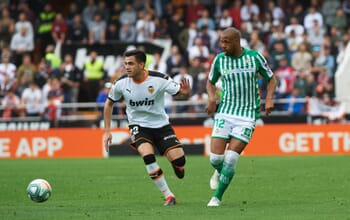 Real Sociedad are not exactly a household name when it comes to the UEFA Champions League, although the Txuri-urdinak are in an excellent position to claim a top four spot in La Liga this season.

Head coach Imanol Alguacil has done an excellent job of improving the team’s fortunes considering that they finished in ninth place last season, with Real having won thirteen of their previous nineteen encounters before the lockdown stopped them in their tracks.

Sociedad have won their last seven matches at Anoeta and it’s a surprise to find them trading at such a big price to claim a victory on 14 June when they entertain an Osasuna team who are several places below them in the table.

The visitors are eleventh in the table and they are nine points clear of the relegation zone with eleven games remaining, with the team having won three, drawn five and lost five of their thirteen matches on the road this term.

Jagoba Arrasate deserves credit considering that they were only promoted last May after winning the Segunda Division, although they did go into the lockdown off the back of five defeats in their previous seven matches.

Perhaps this doesn’t matter too much considering that form hardly exists three months after a ball was last kicked in earnest, although there are twelve points that separates these two teams in the table.

When the two sides met just before Christmas in the reverse fixture, it was Sociedad who came out on top, winning by a 4-3 scoreline thanks mainly to getting off to the fastest possible start and leading 3-0 at one stage.

We’re expecting Real to come out on top again and press their claim for a Champions League spot next term, with Adnan Januzaj looking excellent before the lockdown and the former Manchester United winger can help his team oblige again.

When is Real Sociedad vs Osasuna being played?

What is the Real Sociedad vs Osasuna H2H record?

What is Real Sociedad’s most recent form?

What is Osasuna’s most recent form?

What is the predicted Real Sociedad line-up?

What is the predicted Osasuna line-up?